TIGER OF THE STRIPE

The Stoic, the Weal & the Malcontent

Malcontentedness on the Elizabethan & Jacobean Stage

… a misfit, an outcast, a ‘strayer from the drove’, one who laughs at the follies of others from a distance, like Jacques, or who snarls and rails acerbically like Thersites or Timon. Sometimes, like Iago, he has murder in his heart. He might be an alienated intellectual, like Bosola or Flamineo, with an education he cannot use, or a cynical adventurer like Bussy, or a revenger, like Vindice, out to right wrongs; a bastard like Edmund; a Jew like Barabas; an outcast, a social climber, a man with a deformity, a man passed over for office, a professional clown with ambitions, a professional soldier with a grudge, a Prince with an impossible mission, even a usurping king determined to ‘prove a villain’… The Malcontent comes in various garbs and guises, sometimes glowering and dressed in black, and sometimes not. But his kind is legion, his intelligence rare, and he figures on the English stage at a uniquely innovative point in its history.

The Jacobean stage Malcontent had his immediate antecedents in real life. He also had a dramatic ancestry in the medieval Vice and the Fool. His anarchic hey-day began in the late 1580s and was effectively over by the mid 1620s, but this brief period produced some of the most influential dramatists the Anglophone world has known, stage-writers of brilliance who were engaged in re-working Roman and Greek Classicism, and incorporating and adapting English medieval staples and histories in modern works which revolutionised stage business and stage language.

By the time John Marston's play The Malcontent appeared in 1604, it was satirising a familiar phenomenon: not only of a stage figure, but of a whole tranche of plays and theatre-writing distinctly malcontented in tone and matter. Written and performed in a time of new intellectual inquiry and a spirit of scepticism regarding the old fixtures of Man's place in the World and the political and religious structures that underpinned it – a time of social flux, of discovery of new worlds, of war, spying, bitter religious faction, and political and economic uncertainty – these works were presenting a diverse public audience with the exciting and possibly terrifying spectacle of this fixture's actual fragility, and the capacity of Man to challenge his destiny.

Julia Lacey Brooke read English Literature and Renaissance History at the University of East Anglia, later taking an MLitt at the University of Birmingham's Shakespeare Institute in Stratford-upon-Avon. Now based in rural Tuscany, she is a freelance editor, teacher and lecturer, and writes satirical fiction. 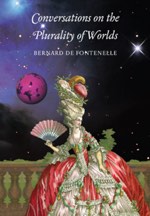 Conversations on the Plurality of Worlds

When Bernard de Fontenelle (1657-1757) published the first edition of his Entretiens sur la Pluralité des Mondes in 1686, it was an immediate success. In an age when women, even those from the richest and most distinguished families, received little or no formal education, it offered an entertaining and accessible introduction to astronomy and some of the burning topics of the day. Does the earth really go around the sun? Are there other inhabited planets out there? If so, are the inhabitants like us or quite different? Is the moon itself inhabited? Is even the sun inhabited? Are there volcanoes on the moon? How hot is mercury? How long is a Venusian day? Will flying machines one day take us to the moon?

The chapters are structured as six conversations between Fontenelle and the Marchioness of G--- during evening strolls in the Marchioness's garden, and they are enlivened by wit, charm and more than a little flirtatiousness.

While providing new notes, some illustrations and an introduction, this new Tiger of the Stripe edition is based on the 1808 edition of Elizabeth Gunning's translation, retaining the charm which was so essential for the book's success. Miss Gunning, a beautiful and talented novelist with a rather racy personal life, drew on an annotated French edition by the distinguished French astronomer, Jérôme de Lalande. This edition thus offers an interesting accretion of ideas, ranging from Fontenelle's 1686 edition and later revisions, Lalande's, sometimes rather critical, comments, Gunning's appropriately flowery translation, and our own explanations for the modern reader. It is, without doubt, a little gem. 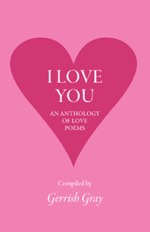 I Love You: An Anthology of Love Poems

There is a Lady Sweet and Kind ♥ Anon; From a Lady to a Gentleman, in Answer to a Complimentary Copy of Verses ♥ Anon; A Cheerful Tempered Lover's Farewell to His Mistress ♥ Joanna Baillie; A Sonnet ♥ Francis Beaumont; Song ♥ Aphra Behn; The One Before the Last ♥ Rupert Brooke; Memory ♥ William Browne of Tavistock; Song ♥ William Browne of Tavistock; How Do I Love Thee? ♥ Elizabeth Barrett Browning; Love in life ♥ Robert Browning; My Bonnie Mary ♥ Robert Burns; A Red, Red Rose ♥ Robert Burns; So We'll Go No More a-Roving ♥ Lord Byron; She Walks in Beauty ♥ Lord Byron; Cherry-Ripe ♥ Thomas Campion; The Unfading Beauty ♥ Thomas Carew; Ask me, Lesbia ♥ Catullus; 'Why do I love' You, Sir? ♥ Emily Dickinson; The Good Morrow ♥ John Donne; The Sun Rising ♥ John Donne; Song ♥ John Donne; The Triple Fool ♥ John Donne; To His Coy Love ♥ Michael Drayton; How Many Paltry Foolish Painted Things ♥ Michael Drayton; To One that Asked Me Why I Loved J. G. ♥ Ephelia [Lady Mary Villiers]; To Plead My Faith ♥ Robert Devereux, Earl of Essex; To a Lady Asking Him How Long He Would Love Her ♥ Sir George Etherege; Beauty Clear and Fair ♥ John Fletcher; Wooing Song ♥ Giles Fletcher; Why, My Heart ♥ W. E. Henley; To Anthea, Who May Command Him Anything ♥ Robert Herrick; The Night-Piece: To Julia ♥ Robert Herrick; To Electra ♥ Robert Herrick; Time of Roses ♥ Thomas Hood; Jenny Kiss'd Me ♥ Leigh Hunt; To Celia ♥ Ben Jonson; Cards and Kisses ♥ John Lyly; Rosaline ♥ Thomas Lodge; To Amarantha; That She Would Dishevel Her Hair ♥ Richard Lovelace; To Lucasta, going to the Wars ♥ Richard Lovelace; The Scrutiny ♥ Richard Lovelace; Love Unkind ♥ Isabel Ecclestone Mackay; The Passionate Shepherd to His Love ♥ Christopher Marlowe; To His Coy Mistress ♥ Andrew Marvell; I'll Never Love Thee More ♥ James Graham; Beauty Bathing ♥ Anthony Munday; I Do Not Love Thee ♥ Caroline Norton, etc.